How to care for your turbo 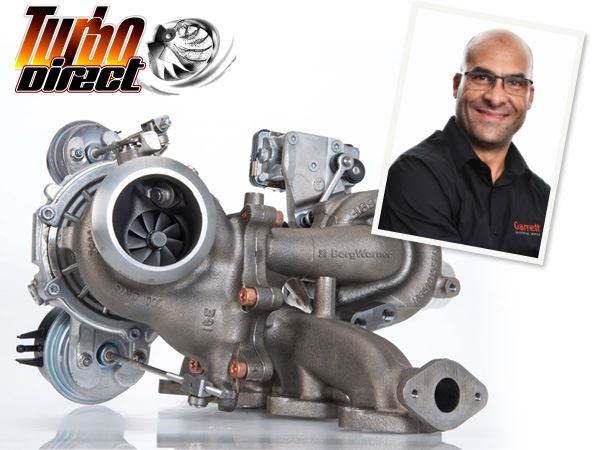 When an engine fails for example the entire engine is disassembled, and checked for the cause of failure, this failure mechanism is resolved/replaced, and then the engine is reassembled. Most engine rebuilds involve a new oil pump - being the main cause of engine failure, besides wear (rings, valve seats, valve stem seals etc.) this relatively affordable component normally ensures a new life span of the engine.

When a turbocharger fails, because it is situated outside of the engine, it is usually treated in the same manner as an alternator or starter motor, it is removed, replaced or repaired and re-installed. The vehicle owner normally expects a newly repaired or replaced turbocharger to have had its life renewed and expects further thousands of kilometres service from the new component.

This however is not how it works in practice. The turbocharger is a component that operates at enormous rotational speeds, often in excess of 120 000 rpm, and operates at temperatures above 650˚C in normal operating conditions. The latest Euro 5/6 engine turbochargers are manufactured with high tech materials and can operate above 850˚C.

Even though the turbocharger is physically installed outside of the engine, when it fails it is imperative to treat it as if you were performing an engine rebuild. The most important step to renewing the service life of the turbocharger being replaced, is to firstly find the cause of the failure. Then correct this effected mechanism, and repair or replace the turbocharger before re-installation.

• How does one know when a turbocharger is about to pack up?

• What sort of life expectancy can I expect from a turbocharger?

• Turbochargers are expensive components, and often pack up without warning,

how does one budget for such a failure?

• How do I service my turbocharger?

In short - a turbocharger is an extremely reliable component, it will normally last as long as your vehicles engines life. Manufacturers design turbochargers to exceed 300 000 km’s in terms of service in a single lifecycle, however many turbochargers don't see this due to engine maintenance related issues.

The following are the 4 “big killers” of Turbo Chargers: -

Lack of lubrication is simply oil starvation to the turbocharger, this is normally caused by a blocked oil feed line - over time the line that is routed very close to the extremely hot turbine side of the turbocharger, will experience high thermal loads when the engine is shut down after the vehicle is turned off. While the engine is off, there is no longer oil flow through the turbocharger, and the stagnant oil inside the oil feed line will heat up through heat soak, coming from the 600 deg C + turbine housing next to it, and the remaining oil inside the thin oil feed line which is made from steel tubing, will burn and coke up inside the line. This is a carbon build up which over time will act just like Cholesterol and start to restrict the flow of oil to the turbocharger. Depending on the vehicle - the way round this is through thermal sleeve products which help prevent this, as well as maintenance tips, which relate to replacing this oil feed line at specific mileage/service intervals with a new line. It is not possible to clean these lines out.

Oil contamination relates to not just “dirty oil” but instead variations of contaminants, which include water, fuel, debris and total dissolved solids (TDS) aka fine particle debris. Water and fuel contamination will break the oils film strength down compromising the oils ability to lubricate the bearing components. In layman terms this means that the oils film is no longer strong enough to prevent metal to metal contact between the bearings and the internal turbocharger parts. This will allow gradual and progressive wear to the bearing components, which depending on operation, severity and application might last from 10 km’s in distance to 6 months’ worth of use before the turbocharger eventually generates enough clearance in the bearing system to allow the rotating blades (wheels) to make contact with the end housings - this will result in a catastrophic failure, and often results in massive smoke generated behind the vehicle as oil leaks out the turbocharger and is burned in the turbine housing. Debris in the form of large and fine particle contamination, will simply score and abnormally wear the bearing components inside the turbocharger with the result being the same as the above example making contact with end housings.

Foreign object damage (FOD) is easily visible and more often experienced on the compressor (aluminum, or cold side) of the turbocharger - as opposed to the turbine side, however, the turbine does also experience FOD. This is simply explained as foreign debris being ingested through the air intake tract and contacting the high-speed aluminum compressor wheel. A worn, old air filter is usually the cause of the damage, or an installation mishap where a mechanic has left a nut or bolt inside of the intake pipes, which then gets drawn into the rotating blades at startup and will cause this failure. Previous catastrophic turbocharger failures where the turbocharger has burst, leaving debris inside the intake tract will also cause this. On the turbine side of the turbocharger FOD occurs with a similar installation mishap where once more a bolt, nut or socket falls into the manifold (without the mechanic knowing) and at startup the part or debris is sucked into the turbine blades. Other causes of this relate to a broken valve seat, or valve guide, as well as a burned piston - which is forced in its melted form out the exhaust and into the turbocharger’s turbine stage making contact with the turbine wheel blades.

Exceptional operating conditions are usually where the turbocharger operates outside of the manufacturers specifications, where the turbo is forced to do so through a burst charge pipe (intercooler air pipe) or hose, or often related to intentional changes or “upgrades” to the vehicle like chip tuning, plug in chips etc. - these changes force the turbocharger to operate at much higher speeds and temperatures, in order to increase the boost and or power of the engine - this is done through adding fuel and boost in most cases, which drastically shorten the life of the turbochargers bearing systems. “Hot shut down” is a term that is used when a turbocharged vehicle is driven hard, and shut down immediately after stopping at your destination - this allows the higher thermal loads under the bonnet to soak into the bearing system and oil feed line, drastically shortening the life off the turbocharger. This is a highly technical aspect of failure mechanism, and we can go into this in more detail in another article.

1. Service your vehicle on time every time

2. Use only genuine parts including oil filters, air filters and the correct grade of oil (check the owner’s manual for this, there is a very specific reason for this)

3. Allow the engine to idle for a short while to stabilize temperatures before shutting off the engine, and drive the last few km’s of your journey slowly, and “off boost” to allow air flow to start to cool down the engine and turbo before you arrive at your destination.

4. Replace the oil feed line at specific intervals depending on the vehicle’s make and application - VW diesels, around 90k-100k kilometers, most French cars at around 65k-80k kilometers, German marques (BMW, Merc, Audi etc.) at around 100k-120k kilometers as a preventative measure.

7. If your engine has a worn engine (blow-by past the rings) your turbocharger will also give you problems.

8. Make sure the engines breathers are not blocked, blocked breathers will cause a turbocharger to “leak oil” and smoke.

For more information call TurboDirect SA on tel. 011 392 5195 or e-mail them on This email address is being protected from spambots. You need JavaScript enabled to view it. Or go to the web site www.turbodirect.co.za Trade enquiries welcomed.